Following its integration with Calumet UK and subsequent rebranding, AURELIUS subsidiary Wex Photo Video has established its position as the UK’s premier destination for photographers and filmmakers by launching the biggest camera store in the country. Located in Whitechapel, East London, a short walk from the heart of the city, the new flagship store brings together all the service elements central to the Wex Photo Video business, with an unrivalled range of products on display, a fully tested pre-loved selection, a rental desk, part-exchange and professional repair services, all underpinned by Wex’s expert staff and award-winning customer service.

Covering 7,000 square feet, Wex Photo Video London is a true destination for imaging enthusiasts and professionals up and down the country, boasting a number of additional features that elevate it above a standard camera shop. It includes a permanent gallery for photographic exhibitions, a drone flight zone, a theatre space for product demos, hi-tech play tables featuring the latest gear from all the big brands and a dedicated events floor for pro talks, workshops, seminars and meet-ups.

The new store was officially opened in November by legendary British rock photographer Jill Furmanovsky, after which a day-long event saw more than 1,100 people flood through the doors to enjoy deals, talks, demonstrations and competitions. Prior to the Grand Opening, a private-view evening launched Wex’s More Than an Image campaign, images and films from which will be exhibited in-store for the rest of 2017. Attending both events alongside customers were key industry figures, journalists and social influencers, a number of whom have chosen to host their own workshops at the store in future.

Over the coming months, the packed schedule of events at Wex Photo Video London includes a number of touch-and-try days from the likes of Sony and Fujifilm, a pro-video workshop focusing on the Canon EOS C200 and an exhibition of winning images from #WexMondays, Wex’s popular weekly photography competition on Twitter.
Overall, the new flagship store represents the biggest single investment in expanding Britain’s photo retail capacity in many years and highlights Wex’s commitment to providing everything their customers need, be it gear, technical help, impartial advice, after-sales service or inspiration. “We are immensely proud of this ground-breaking new store,” says Wex CEO David Garratt. “In an era when there are ever fewer bricks-and-mortar spaces for photographers and videographers, we hope this new location will become a cherished resource for people of all interests and skill levels – from those starting out to seasoned professionals.” 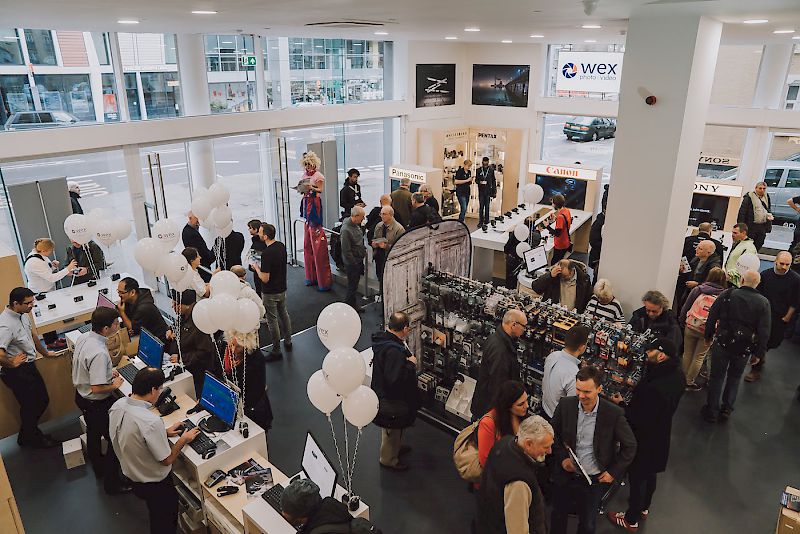 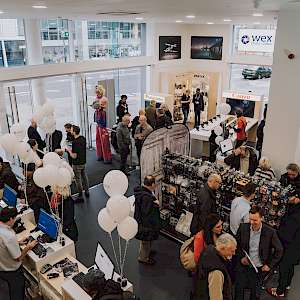