More AURELIUS projects as well as projects of AURELIUS subsidiaries.

On October 1, 2015, the employees and Executive Board of AURELIUS laid the foundation for a long-term aid program for refugees with a symbolic action. A minibus full of toys collected by the employees was handed over in collaboration with Flüchtlingshilfe München in the main refugee processing facility at Bayernkaserne, Munich.

"We are aware that toys do not save lives. But if we can contribute to easing the often difficult fate of refugees with this and further actions in the future, then we have already accomplished something", says Dr. Dirk Markus, Chief Executive Officer of AURELIUS. The toys were donated by employees of the AURELIUS Group and doubled by the Executive Board.

Orienthelfer e.V. ("Helpers for the Orient") is a non-profit association that was founded in 2012 by the cabaret artist Christian "Fonsi" Springer in Munich. Among other things, its goal is to provide humanitarian support for the victims of the Syrian conflict. AURELIUS Refugee Initiative e.V. is supporting Orienthelfer since 2015 on a regular basis:

The AURELIUS Refugee Initiative e.V. promised funding of EUR 150,000, half of it has been paid out in January 2016 already, to Orienthelfer (www.orienthelfer.de) for the operation of a school for around 240 Syrian refugee children over the next two years in the Bekaa Valley in Lebanon.

Since May 2018 the AURELIUS Refugee Initiative e.V. is providing financial support worth some 65,000 euros to the "Haus des Lernens" ("House of Learning") project of the Orienthelfer e.V. in the Bekaa Valley in Lebanon. The money is intended to finance school tuition for 130 school pupils aged between six and nine for one year. This corresponds to an annual budget of about 500 euros per child. The "Haus des Lernens" is situated about 20 kilometres from the Syrian border. The improved educational prospects for their children are intended to encourage Syrian refugee families to remain close to their home country of Syria.

Since May 2018 the “Bar Elias Educational Centre” of Orienthelfer e.V. in the Bekaa Valley in Lebanon has been supported with more than EUR 63,000. The money is intended to finance local teachers for a year. The Bar Elias Educational Centre is located about 20 kilometres from the Syrian border. In the fall of 2016 the Orienthelfer school was converted into an educational centre and offers Syrian refugee children year-round instruction. Due to capacity bottlenecks in the Lebanese educational system, over 59 percent of Syrian refugee children do not attend school. The goal of the project is to give these children future prospects and enable them to enter the public school system. 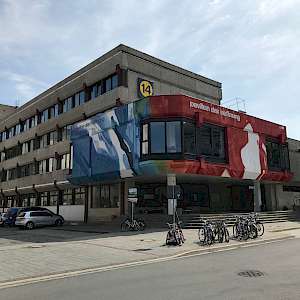 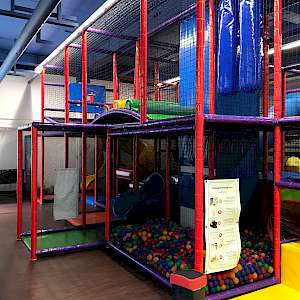 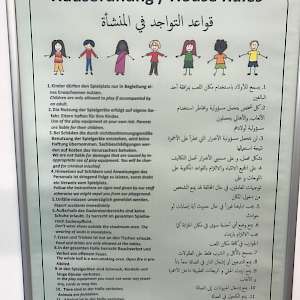 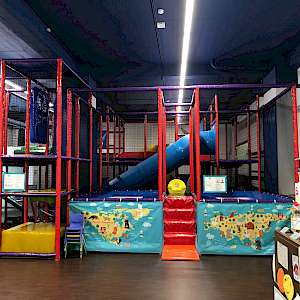 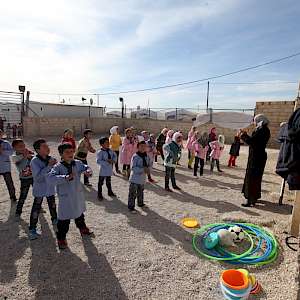 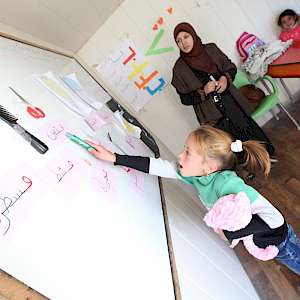 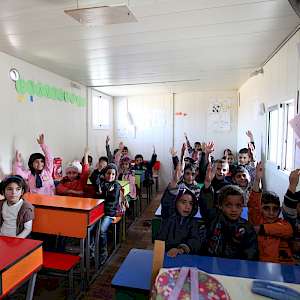 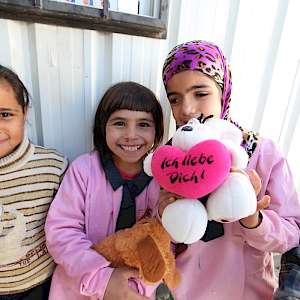 AURELIUS Refugee Initiative e.V. will fund a school for Syrian refugee children in western Turkey. The new AURELIUS School will be run locally by Avicenna Kultur- und Hilfswerk e.V. and will provide tuition for 50 refugee children. Classes in Arabic and mathematics should provide the Syrian civil war refugees with better educational prospects near to their home country of Syria. There will also be Turkish language classes as well as evening classes for up to 25 women.

It is estimated that up to 250,000 Syrian refugees are currently living in the region around the western Turkish city of Izmir. In theory, refugee children can attend school in Turkey. However, administrative obstacles and language problems often mean that in reality these children cannot take part in state-run education. Most of the refugee children do not speak Turkish and have limited prospects of success at a Turkish school as a result. The majority of the children over the age of 10 work as day labourers in agriculture instead of going to school. The AURELIUS School will help them to create a better future for themselves.

MOAS is a charitable foundation registered in Germany and based in Malta. The independent non-governmental organization has been searching for people in distress at sea and rescuing them from death by drowning since 2014. Currently MOAS is operating near the Libyan coastline with the 50 meter long Emergency Recovery and Response Vessel (ERRV) "Responder" and the 40 meter long “MY Phoenix”. Equipped with state-of-the-art technology, an on board hospital and two high-speed rescue crafts, the highly motivated crew works day and night.

AURELIUS Refugee Initiative e.V. supported MOAS with an initial donation of €150,000 in March 2016. With this donation, MOAS could finance its operating costs (excluding boat charter costs) of the “MY Phoenix” for its mission to rescue people in distress in the Mediterranean Sea for an entire month. AURELIUS contribution was a co-financing of the Aegean mission which benefited 1,633 people directly (through rescue, assists and emergency relocations). In October 2016 a further donation of EUR 50,000 has been used to fund a 10-day deployment of the state-of-the-art Schiebel S-100 Camcopter rescue drone on board the MY Phoenix.

AURELIUS Refugee Initiative e.V. is supporting the "PlayTogether" project at the "Pavillion der Hoffnung in Leipzig e.V." ("Pavilion of Hope in Leipzig") association with a donation of €50,000. "PlayTogether" is the association's latest project. Its objective is to prevent racism and promote democracy with children and their families from Germany and other countries. With its high level of attractiveness, the project is aimed at those families who avoid contact with people from other cultures for reasons of prejudice or antipathy.

Plant-a-Talent (PaT) is a non-profit company based in Munich and a job placement company that places refugees aged between 18 and 35 in vacant jobs in Munich. The company was founded as Social Impact Recruiting (SIR) in November 2015. PaT considers employment as a key factor in integration in Germany, as paid work gives refugees more independence and at the same time allows them to participate in society and make a contribution. Plant-a-Talent is currently funded entirely through donations and sponsors. The two managing partners Dinese Hannewald and Jin-Ju Jahns are themselves donors to the company. 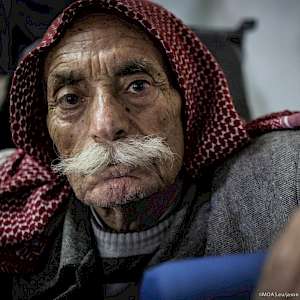 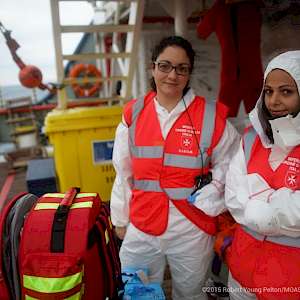 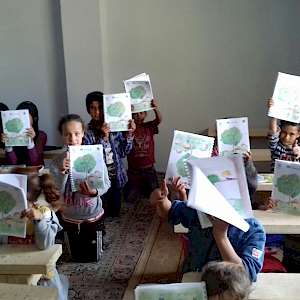 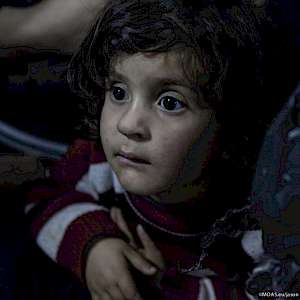 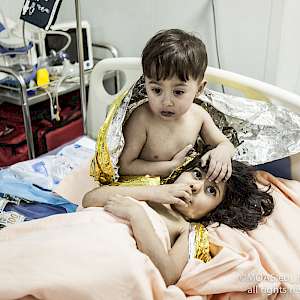 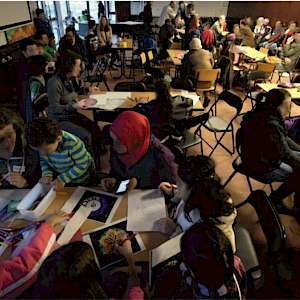 Our subsidiaries' engagements for refugees.

Scholarships for Refugees by AKAD University, the Specialist in Part-Time Distance Learning

Until September 2016, the distance learning college AKAD University had announced six scholarships for refugees wishing to improve their qualifications for the German employment market. Six winners were selected from numerous applications, and they can now use their scholarships to start their desired degree course or training course at AKAD, the pioneer in digital distance studies.
The winners can claim their scholarship at any time within the next two years by commencing their distance studies at AKAD University. AKAD University will pay the full course fees with the assistance of its shareholder Aurelius. Prospective students must fulfil the entry requirements laid down by the state to be accepted for distance studies. Most of the available courses require no previous knowledge.
Application for the AKAD refugee scholarships was open to all refugees who came to Germany after June 2015, regardless of whether their application for refugee status had been decided or was still under consideration. The scholarship holders had the choice of all courses of study and training courses offered by AKAD University in the three fields of study: Business & Management, Technology & Computing and Communication & Culture.

LD Didactic, a leading supplier of technical learning systems for school-level education and vocational training, has donated equipment worth about 15,000 euros to a CECS ("Continuing Education and Community Service") training centre for applied learning on the Bekaa Valley in Lebanon. The centre is operated by the Lebanese organisation MAPS ("Multi-Aid Programs") and is financed entirely by the German aid organisation Orienthelfer e.V.

The Centre offers various courses such as applied (natural) sciences, project management, sewing, English and computer courses. The aim is to teach practical skills in a range of fields. The courses are aimed at both school-age children and adults. Most course participants come from Syria. 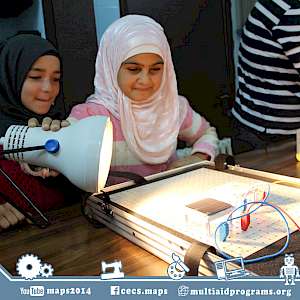 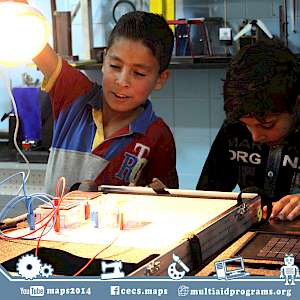 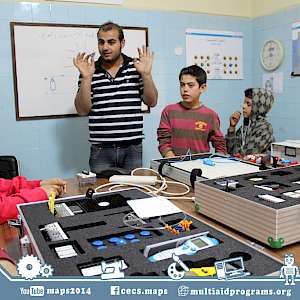 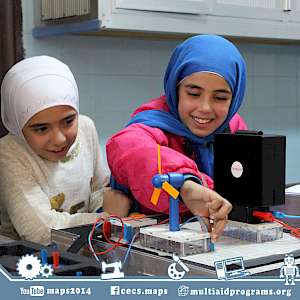 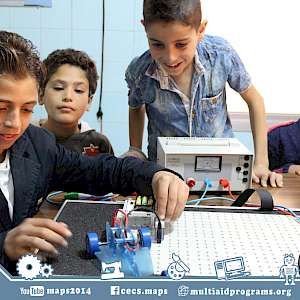 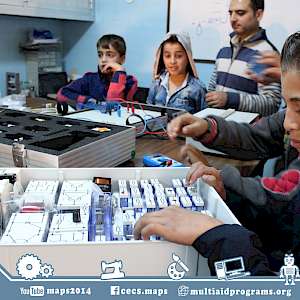 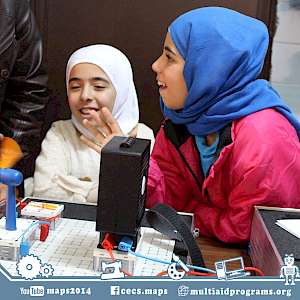 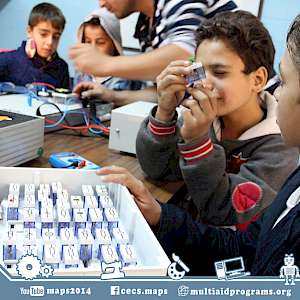 B+P Gerüstbau plans to hire up to 50 refugees; ARI will support  B+P with a funding of EUR 10,000 for translation work etc. and practical support in employment procedures Already one highly qualified Syrian refugee was hired as a full-time employee for the engineering department, who also acts as multiplier for further refugee recruitment.

Language skills are the key to integration. So the Study Circle decided to help in the area it knows best, knowledge transfer.

The Studienkreis offers language courses for adult asylum seekers, thus making a positive contribution to the integration of refugees.

The first course was successfully concluded in late January by the Düsseldorf Schadowstrasse Studienkreis. Of the nine attendees who started the course, five stayed to the end, two got placements in an integration course, and two had to cancel due to sickness. After just under 100 instruction hours, four attendees took a test and three passed at language level A1. A great accomplishment by teachers and students!

The courses started February 22, 2016 in Düsseldorf and Neuss as well as in summer 2017 in Munich. Teachers and students are excited about the many linguistic and cultural exchanges. For young asylum-seekers the courses are a huge benefit, since they often have to wait a very long time for a spot in an integration course. The teachers were excited about the completely new and challenging work, which also offered them insights into the world of refugees.

Some of our teachers have special training or certificates in German as a second language, others are very committed instructors with German and another foreign language. What we’ve found is that a willingness to teach language and culture is the most important key to success for the refugees.

In addition to working with adult refugees, it is also important to us to help school-age children and young people with asylum-seeker status. In February we met with the Cologne Department of Education, and have now started to work together with schools in Cologne.

The faster kids learn German, the faster they integrate. Based on this understanding, our work might well lead to an expansion of our business. 20 of our Studienkreiss provide instruction to asylum-seeking kids via the Education and Participation Package. We would welcome a substantial increase in the next months!

This effort is assisted and funded by the AURELIUS Refugee Initiative e. V.